Nuggets of wisdom on How, Why, and To What Ends we disagree from some of my favorite writers and philosophers.

As horribly conflict-averse as I am (I suffer from a crippling tendency to be a people pleaser), disagreement has been on my mind lately. I wonder about the best way to disagree, why we can disagree so strongly on things that seem so trivial, and how it is possible that we can disagree so fundamentally and irreconcilably when it comes to some of the most important of issues (think pretty much the entire political landscape in 2017).

And so I have mined from what I’ve read some nuggets of wisdom on disagreeing – among which, fittingly, there is somewhat a lack of consensus. Take from it what you will. 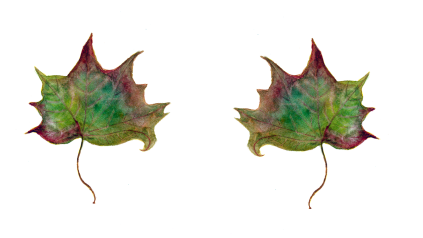 Bertrand Russell on How to Overcome our Biases

The below is taken from Russell’s A History of Western Philosophy in which Russell strives to objectively describe the contributions made by key individuals in Western philosophy. Early on in the book, Russell acknowledges the challenges of bias and outlines a methodology useful for considering the ideas of others objectively, despite any disagreements we may have with their ideas.

Although the context here is studying the contributions of philosophers, I think this approach could be used in a variety of settings, including those of a political nature where it is often so challenging for one side to truly understand the viewpoints of the other.

“In studying a philosopher, the right attitude is neither reverence nor contempt, but first a kind of hypothetical sympathy, until it is possible to know what it feels like to believe in his theories, and only then a revival of the critical attitude, which should resemble, as far as possible, the state of mind of a person abandoning opinions which he has hitherto held.

Contempt interferes with the first part of this process, and reverence with the second.”

Two things are to be remembered:

2) No man is likely to have arrived at complete and final truth on any subject whatever.

“When an intelligent man expresses a view which seems to us obviously absurd, we should not attempt to prove that it is somehow true, but we should try to understand how it ever came to seem true. This exercise of historical and psychological imagination at once enlarges the scope of our thinking, and helps us to realize how foolish many of our own cherished prejudices will seem to an age which has a different temper of mind.”

[From Eckart Tolle’s A New Earth]

“What is an argument? Two or more people express their opinions and these opinions differ. Each person is so identified with the thoughts that make up their opinion, that those thoughts harden into mental positions which are invested with a sense of self. In other words: Identity and thought merge. Once this has happened, when I defend my opinions (thoughts), I feel and act as if I were fighting for survival and so my emotions will reflect this unconscious belief. They become turbulent. I am upset, angry, defensive, or aggressive. I need to win at all cost lest I become annihilated.”

Tolle captures perfectly how even the simplest and most trivial of issues can create the most heated of arguments. In these situations, the actual issue at stake is less what is being argued over – but more likely pride, identity, and one’s need to feel right and validated.

Alain de Botton’s excellent The Course of Love carries similar insights in its exploration of the ups and downs in romantic relationships.

In a recent episode of Krista Tippett’s On Being podcast she interviewed Daniel Kahneman, a psychologist who has won the Nobel Prize in economics and the author of Thinking Fast and Slow. Together, they discussed how our beliefs – and therefore our disagreements are in many ways fundamentally irrational.

Kahneman is quoted below,

“When I ask you about something that you believe in — whether you believe or don’t believe in climate change or whether you believe in some political position or other — as soon as I raise the question why, you have answers. Reasons come to your mind. But the way that I would see this is that the reasons may have very little to do with the real causes of your beliefs. So the real cause of your belief in a political position, whether conservative or radical left, the real causes are rooted in your personal history. They’re rooted in who are the people that you trusted and what they seemed to believe in, and it has very little to do with the reasons that come to your mind, why your position is correct and the position of the other side is nonsensical. And we take the reasons that people give for their actions and beliefs, and our own reasons for our actions and beliefs, much too seriously…

Even if you did destroy the arguments that people raise for their beliefs, it wouldn’t change their beliefs. They would just find other arguments…

The reason [people] don’t change their minds is that facts don’t matter, or they matter much less than people think.“

Theodore Zeldin on the Benefits of Disagreement

And finally, ever the idealist (see Zeldin’s hopes for the future of creativity and cooking here), Theodore Zeldin describes quite beautifully a different image of disagreement – one in which there is opportunity for growth, conversation, and an expansion of what we had previously considered possible.

“Disagreement forces us to clarify our thoughts, to put thoughts into words, and to discover new questions. Without disagreement, there would be no reflection, no search for truth, no enlivening conversation; humans would have nothing to dissuade them from constantly repeating the same platitudes, nothing to expand their tastes and their sense of wonder.”

(from The Hidden Pleasures of Life by Theodore Zeldin)