I have been reading an old book I found in a used bookstore. The book, A Treasury of the Essay moves chronologically, starting with, predictably, Michel de Montaigne, who is credited with popularizing the essay as a genre, and then through the centuries, including a whole host of European and American essayists, some to me fairly familiar, such as Jonathan Swift and Virginia Woolf, and others less so – William Cobbett and James Thurber for example. 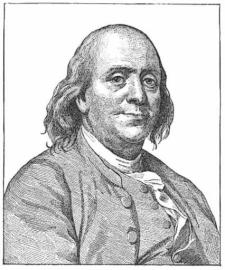 We’re treated to excerpts of essays in a wide assortment of styles. I have enjoyed some and been bored by many.

And by a few, I’ve been pleasantly surprised. There is only one essay included by Benjamin Franklin. It is found in a letter to a lady – and reads a bit like a children’s story. I found it whimsical, captivating, and so very unexpected.

Find in the below a gentle reminder of one’s smallness in the universe, the shortness and transience of life, and the importance then of not taking ourselves and our own importance too seriously.

You may remember, my dear friend, that when we lately spent that happy day in the delightful garden and sweet society of the Moulin Joly, I stopt a little in one of our walks, and staid some time behind the company. We had been shown numberless skeletons of a kind of little fly, called an ephemera, whose successive generations, we were told, were bred and expired within the day. I happened to see a living company of them on a leaf, who appeared to be engaged in conversation…I turned my head to an old grey-headed [fly], who was single on another leaf, and talking to himself. Being amused with his soliloquy, I put it down in writing…

“It was,” said he, “the opinion of learned philosophers of our race, who lived and flourished long before my time, that this vast world, the Moulin Joly, could not itself subsist more than eighteen hours; and I think there was some foundation for that opinion, since, by the apparent motion of the great luminary that gives life to all nature, and which in my time has evidently declined considerably towards the ocean at the end of our earth, it must then finish its course, be extinguished in the waters that surround us, and leave the world in cold and darkness, necessarily producing universal death and destruction.

I have lived seven of those hours, a great age, being no less than four hundred and twenty minutes of time. How very few of us continue so long! I have seen generations born, flourish, and expire. My present friends are the children and grandchildren of the friends of my youth, who are now, alas no more! And I must soon follow them; for, by the course of nature, though still in health, I cannot expect to live above seven or eight minutes longer.

What now avails all my toil and labor, in amassing honey-dew on this leaf, which I cannot live to enjoy! What the political struggles I have been engaged in, for the good of my compatriot inhabitants of this bush, or my philosophical studies for the benefit of our race in general!…My friends would comfort me with the idea of a name they say, I shall leave behind me; and they tell me I have lived long enough to nature and to glory. But what will fame be to an ephemera who no longer exists? And what will become of all history in the eighteenth hour, when the world itself, even the whole Moulin Joly, shall come to its end, and be buried in universal ruin?”

To me, after all my eager pursuits, no solid pleasures now remain, but the reflection of a long life spent in meaning well, the sensible conversation of a few good lady ephemerae, and now and then a kind smile and a tune from the ever amiable Brilliante.

I found this a welcomed jolt of perspective that is just as useful to us now as it was in Benjamin Franklin’s day.

I was reminded while reading this of the classic Cosmos by Carl Sagan. In fact, in Cosmos is a line strikingly similar in sentiment, “We are like butterflies who flutter for a day and think it is forever.”

For some additional detail and the full text of Benjamin Franklin’s letter, click here.

We have a complicated relationship, I think, with beauty. We hunt for it, within magazines, museums, in our travels. We document and collect beauty, in our photographs and belongings, and we attempt to create beauty, in our own art, in our homes, and of course out of ourselves, in the application of makeup, the tanning of the skin, the toning of the muscles. But yet, sometimes, we disparage beauty. Beauty must compete for its worth with usefulness, with pragmatism, and with things that have a cause, a reason for being beyond the appearance. In persons, we recognize that physical beauty is only skin deep. The real essence of the person must be something much deeper.

The beauty of things, the appearance of things can seem trivial compared to this essence of the thing or being. And of course, it is. But, as with anything else, we can also consider it differently. 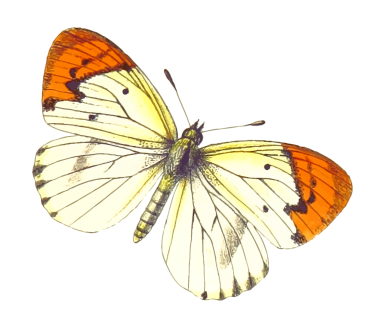 Philosopher Hannah Arendt in her book The Life of the Mind invites us to consider the significance and the gravity of Appearances.

She reminds us first of the relationship between being and appearing. Implicit in the “I exist” is the “I appear.” And a necessary follower to the “I appear” is “I appear to others.”

The world men are born into contains many things, natural and artificial, living and dead, transient and sempiternal, all of which have in common that they appear and hence are meant to be seen, heard, touched, tasted, and smelled, to be perceived by sentient creatures endowed with the appropriate sense organs.

Nothing could appear, the word “appearance” would make no sense, if recipients of appearances did not exist— living creatures able to acknowledge, recognize, and react to— in flight or desire, approval or disapproval, blame or praise— what is not merely there but appears to them and is meant for their perception.

In this world which we enter, appearing from a nowhere, and from which we disappear into a nowhere, Being and Appearing coincide…Nothing and nobody exists in this world whose very being does not presuppose a spectator. In other words, nothing that is, insofar as it appears, exists in the singular; everything that is is meant to be perceived by somebody. Not Man but men inhabit this planet.

In addition to this world of appearances is also the world of what is unseen. Traditionally, the unseen – whether material – the brain, the heart, the organs or immaterial, as in the self or the mind, is given more weight than appearance. She quotes Kant as exemplifying this tradition in thought when he said that appearances “must themselves have grounds which are not appearances.” Arendt believes that this belief that a cause should be of a higher rank than the effect is one of the oldest and most stubborn of fallacies.

What Meaning Can we Find in Appearances?

I love this line of inquiry, not because it is necessarily wholly true but because perhaps there is some truth in the answer and most importantly because it challenges so much we take for granted so very powerfully.

I am reminded of sentences I came across recently here, “Beauty comes befor

e reason. It demands you look for meaning. It announces meaning in an almost violent way.”

Beauty or the appearance announces meaning. Perhaps it is the meaning, announcing itself, provoking further inquiry.

First argument: There are significant and meaningful differences between how the external and the internal appear that reveal a beauty and distinction unique to the external

Portmann observed the fact that external appearances are “infinitely varied and highly differentiated.” From the external we can generally differentiate from one individual to another. External features are arranged in pleasing ways, according to symmetry. Think of the human face, of butterfly wings. The internal or the inauthentic by contrast, such as bodily organs, are not pleasing to the eye, are not generally symmetrical (in higher level organisms), and cannot be used to easily distinguish between individuals.

Portmann searched for the cause of these peculiarities, which he failed to find, and attributed the characteristics to mysterious “unknown powers of creation” (point of clarification – Portmann was not a creationist and in fact was an ardent fan of Darwin, whose work informed his writing). Arendt however is interested in the expression itself and less so the cause. The uniqueness of the external as opposed to the internal is perhaps itself evidence of the importance of the external. If the insides of us were what appeared to others, she writes, we would all look alike.

Second argument: Beings have the innate urge to self-display beyond the functional

Portmann writes of a natural “urge to self-display” that transcends the functional – that transcends what is deemed necessary for sexual attraction and adaptation.  Arendt elaborates,

Whatever can see wants to be seen, whatever can hear calls out to be heard, whatever can touch presents itself to be. It is indeed as though everything that is alive— in addition to the fact that its surface is made for appearance, fit to be seen and meant to appear to others— has an urge to appear, to fit itself into the world of appearances by displaying and showing, not its “inner self” but itself as an individual.

And what is being expressed? Yes, words and sounds, but even more so, even more often, it is the physical, the us, the body, the self in acts of appearing and being seen.

Arendt concludes that the belief that our “inner life” is more relevant to what we “are” than what appears on the outside, is an illusion. Note that Arendt does not explicitly state that the outer life is more relevant and the inner life less relevant. Rather, I’ve come to think that the argument can be understood as a defense for an equal exploration of both cause and effect, of inner and outer. What is expressed, what appears, can be as important the cause of the expression or appearance. And in searching for the cause of the appearance, we cannot discount the importance and the meaning of the appearance itself.